A look at how Mod Pizza stacks up against the rest. 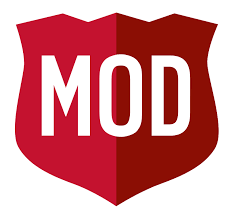 Around Broadneck, there are many pizza places to choose from: Vizzini’s, Pizza Hut, Papa John’s, Pizza Bowlies, Ledo’s, among others. So why go for Mod Pizza, yet another pizza joint in the area?

Mod Pizza is a chain that started in Seattle, and has since found itself in locations around the country, including two not far from BHS, one in Severna Park and one in the Riva Festival shopping plaza. So what’s different about them? 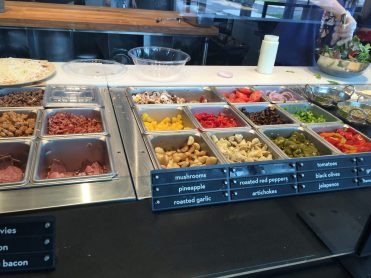 For starters, Mod Pizza stands out from its competitors because of its options. Their whole concept is “Artisan style” personal pizzas, exactly how you want them. As for the pizza itself, it’s an interesting taste. While Pizza Hut and Domino’s’ pizzas taste more or less the same, Mod is definitely not what people usually imagine when they think of carryout pizza. This could be good or bad depending on what you’re feeling. Mod is focused more on their whole artisanal style. Their ingredients taste fresh and stand out: their cheese is distinct, as well as their dough. Mod’s pizzas just have a stronger, slightly “fancier” taste to them.  Mod’s pizza sizes are much better suited to a nice personal meal, which is a good as my family and I all have very different tastes. It’s not the party pizza you’d order for your sleepover, but that’s not bad. Sometimes you want a change from the norm.

The pizza I ordered had ricotta, salami, and pineapple. It was aesthetically pleasing; the ingredients looked fresh and colorful. I felt that each of the toppings had enough flavor to be distinct. The cheese was warm and savory, the crust was crunchy and still had a nice doughy flavor, despite it being thinner than I typically prefer, the salami was flavorful and melted well with the cheese, and the pineapple was smooth and sweet and gave a good contrast to the salty savoriness of it all. The pizza also went very well with the crisp, cool ginger ale in the neat glass bottles they sell. 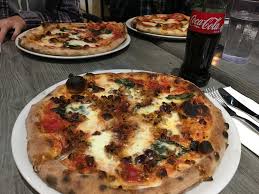 It’s pretty easy to order your artisanal personal pizza from Mod. Mod is  basically Subway for pizza instead of sandwiches. You step up to the glass counter, tell them the size of the pizza you want, then go down and pick from a ton of different sauces, cheeses, and toppings. They even have ingredients not usually offered, such as ricotta cheese, salami, greek olives, even artichokes, among other equally tasty ingredients. The folks at Mod pride themselves on their assembly line style, and how quickly they can get your pizza to you.  My family and I can go in, order, pay for, and receive four completely different pizzas much faster than we would’ve been able to get takeout from any of the other pizza places mentioned above, but, tobe fair, Mod’s pizzas are rather small, as they are only meant for one person. For plenty of people that’s just the right amount of pizza. I personally am only able to eat half at a time.

Unfortunately, one downside is that to get your Mod Pizza on the go, you’d need to order takeout as they don’t currently offer delivery, and likely never will, which means you either order to go, or sit and enjoy the scenery, which really isn’t that bad of an option. The atmosphere of both the establishments in Severna Park and Riva Festival are urban and casual. The tables and chairs are simple metal and wood, the spaces are open, stickers with the Mod Pizza logo adorn the support beams, and the walls are covered in pictures of happy customers and staff. The design of the place conveys  the “cool millenial” feel, but it’s still welcoming to all ages.

Overall, Mod Pizza is a nice, casual place to stop by if you want to try a different kind of pizza.